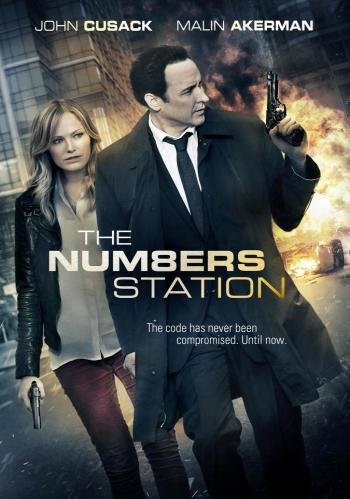 The Numbers Station is a thriller released in 2013, directed by Kasper Barfoed and written by F Scott Frazier.
Advertisement:

Disgraced CIA operative Emerson Kent (John Cusack) is sent to a numbers station in England to guard Katherine (Malin Åkerman), who is one of the operators. Their first shifts together pass off without incident, but then a group of conspirators try to take over the station to send out a message of their own choice …