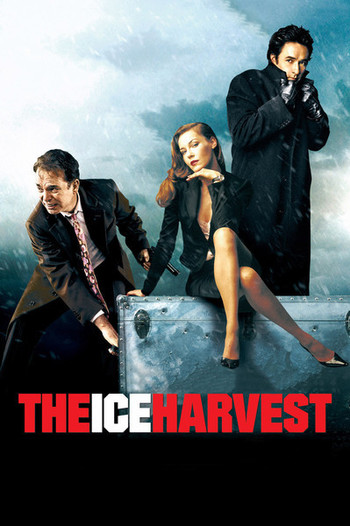 The Ice Harvest is a 2005 American film directed by Harold Ramis that has a lawyer (John Cusack) and his partner (Billy Bob Thornton) attempt to steal cash from a mobster (Randy Quaid) but things go awry when the lawyer's partner has his own ideas on what to do with the money. It is based on Scott Phillips' book The Ice Harvest.