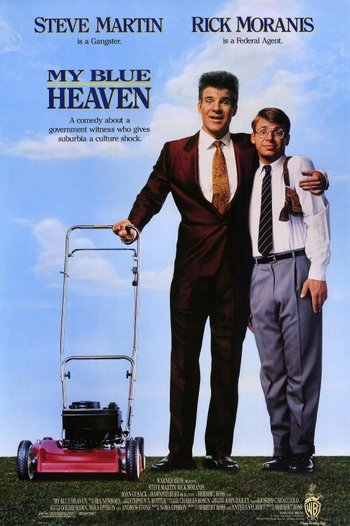 Vincent "Vinnie" Antonelli (Martin) is a wise-cracking, flashy ex-mobster who has entered the Federal Witness Protection Program and is adjusting to suburbia with the help of Barney Coopersmith (Moranis), an FBI agent assigned to protect him, whose wife just left him for her own selfish reasons.

When Vinnie gets into trouble for committing some local crime, he gets arrested by local District Attorney Hannah Stubbs (Cusack), who is not at all happy that someone like him is being under the watch of Barney and vents at the FBI agent when they first meet. The reason for all of Hannah's frustration is because she's a divorced mom stuck raising her two sons.

But as the movie progresses, Vinnie learns to shape up, and Barney and Hannah realize their feelings for each other.