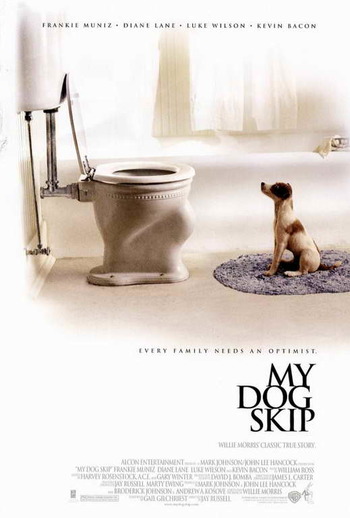 Every family needs an optimist.
"I was an only child. He was an only dog."
Advertisement:

Adapted from the memoir of the same name by Willie Morris, the film tells of Willie (Muniz) growing up in rural Mississippi during World War II, and how his beloved Jack Russell terrier, Skipper (Skip for short), changed his life.