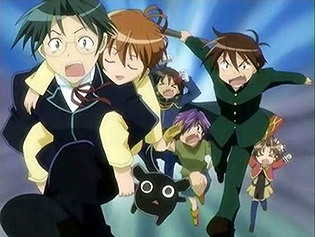 It's been a hard day's night...
Advertisement:

This is when, for any reason, one or more characters are chased by a large handful of other characters. In animated shows this can often have a freeze frame shot. Sometimes a show even ends an episode on this.

Has a high probability of being scored to Yakety Sax, and may very well include visual elements associated with that very show.

A Super-Trope to Thundering Herd.

Compare Chased by Angry Natives, Torches and Pitchforks (which may very well overlap with this).