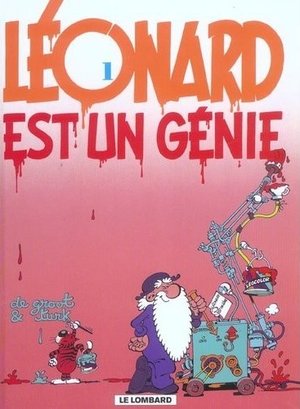 The stories vary in length from one or a few pages up to a whole album. The basic storyline is as follows: Léonard has thought up some new invention, and needs the help of his assistant to build and/or test it. Basile, being a Heavy Sleeper, first needs to be awoken, using another invention, explosives or just plain old cartoon violence. As the building or testing proceeds, Basile suffers Amusing Injuries, either from his sadistic master or through his own incompetence. The story usually ends in one of these ways: Basile goes a step too far in annoying Léonard and is chased by him, Basile finally gets fed up with the abuse and retaliates on Léonard, or the invention fails spectacularly and both Léonard and Basile are chased out of town by an angry mob.

Other characters in the comic are: