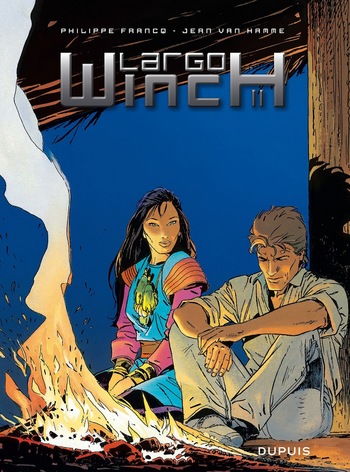 "I refuse to accept blind destiny. Luck comes and goes, you have to seize it. Bad luck comes and goes, it must be overcome. But I will never, never sit at the side of the road showing my wounds and shouting, 'It's destiny!'"
— Largo Winch
Advertisement:

Largo Winch is a Belgian comic-book series by Phillipe Francq and Jean Van Hamme, and published by Dupuis. The initial albums are actually adaptations of novels that Van Hamme wrote back in The '70s. The series deals with the misadventures of Largo Winch, the heir to a large company.

Media based on the comics include a 2001 English-language TV series, two French films (with the second released internationally as The Burma Conspiracy) and two video games, Largo Winch .// Commando SAR and Largo Winch: Empire Under Threat