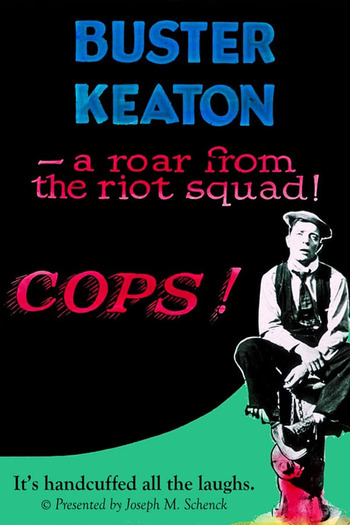 In this 1922 short, Buster Keaton is trying to become a successful businessman in order to woo the mayor's daughter (Virginia Fox), but unwittingly gets into a series of steadily escalating mishaps with members of the LAPD. Eventually he wanders into a policemen's parade, obliviously tosses a bomb into the crowd, and ends up chased by the entire police force.
Advertisement: