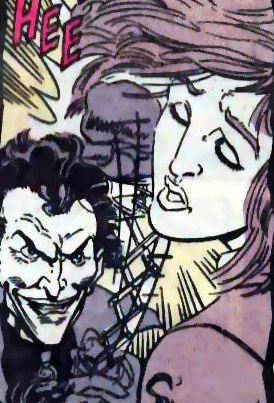 Pow! Right in the kisser!
A Red Boxing Glove on a mechanical arm that extends and retractsnote the kind used in the picture is called a pantograph, hence the name. Often used for comedic effect.
Advertisement: