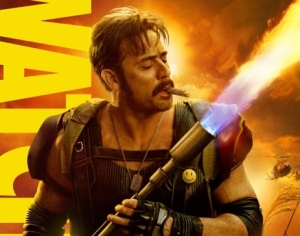 Do Not Try This at Home!
Advertisement:

With so many very hot things inches away from people's faces, expect liberal use of Convection, Schmonvection.

Inversion of Hard-to-Light Fire. Finger-Snap Lighter is a specific Sub-Trope for the debonair pyrokinetic. Cigar-Fuse Lighting may be seen as an inversion. Not to Be Confused with Couldn't Find a Pen. Compare with Impromptu Campfire Cookout in regards to food.