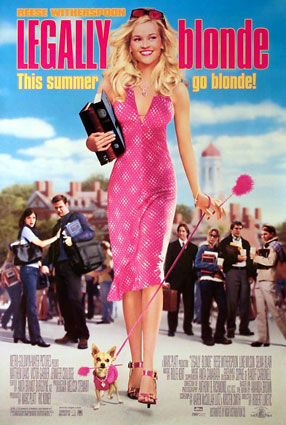 Created with women in mind. Well, maybe not all women.
"Hold it, hold it. What is this? Are you trying to trick me? Where's the sports? Is this a kissing book?"
— The Princess Bride * Incidentally, not a Chick Flick
Advertisement:

The Chick Flick is a genre of movie which is nebulously defined, not by its content so much as its market, namely women.

They tend to be romantic in content, whether drama, comedy, or both. Women are likely to be noble victims or sassy, klutzy twentysomethings looking for love, and men either charmers who may or may not be secret jerkasses or hopelessly confused but sweet. Being centred around women you are also likely to encounter scenes of women actually talking about things other than men (though jealous Cat Fights may turn up).

Sometimes movies that don't fit this formula will be considered Chick Flicks simply because they feature a female protagonist. Or, for that matter, even having women in them for reasons other than Fanservice. However, a female protagonist is not actually necessary for a Chick Flick — Made of Honor or What Women Want for example both have male protagonists while still being clearly marketed at women. A male Chick Flick protagonist is likely to be a Handsome Lech who learns the error of his ways through coming to terms with his feelings for the female lead.

Romantic Comedy is an important sub-genre of the Chick Flick. It's worth noting that "rom-com" films are actually supposed to be popular because they serve both sexes as good date movies (romances are usually targeted at women, comedies are usually targeted at men). Some of the more successful examples do this right (usually if they have a decent comment to make on the nature of men and women), but for the most part, not so much.

Another important genre is melodrama films, which amp up the perceived scale and emotional response on everything. Basically, every little hurdle becomes a mountain, every setback a tragedy of Greek proportions, and the official couple will be Star-Crossed Lovers over the tiniest things, usually thanks to outside interference and poor communication. Melodrama can quite easily hook viewers into becoming emotionally invested in the characters, even to the point of a Tear Jerker burst of weeping. Possibly the most triumphant example of this date-movie genre is the film Love Story, which, according to legend, is responsible for more pregnancies than any other single film.

Compare/Contrast Lifetime Movie of the Week, the dark, embittered and often vengeful Evil Twin of the Chick Flick. Some even say that Chick Flicks are what a woman's life is before marriage. Lifetime Movies are what it is after she gets married. Also compare with Josei and Shoujo Demographics. May be placed in the Girl-Show Ghetto.