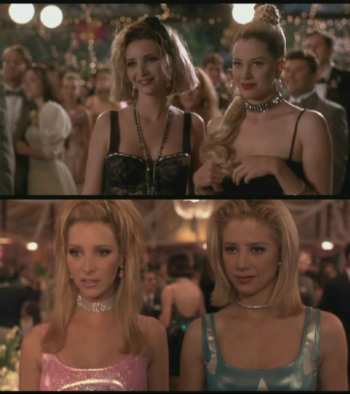 A prequel Made-for-TV Movie entitled Romy and Michele: In the Beginning aired on ABC Family in 2005 starring Katherine Heigl as Romy and Alexandra Breckenridge as Michele.

Romy and Michele: In the Beginning provides examples of: