Literature / In Her Shoes 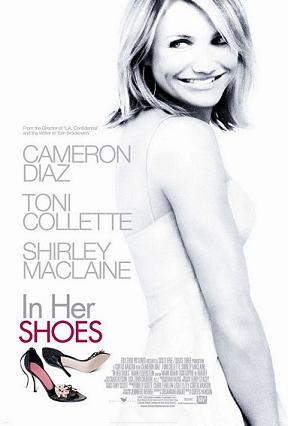 In Her Shoes is a 2002 novel by Jennifer Weiner.

Billed as a story about two sisters whose only common trait is their shoe size, the novel basically depicts one long Sisterly Rivalry between Rose and Maggie Feller. Along the way, they learn valuable life lessons about family, grief, betrayal, love, and self-worth.

This book and film show examples of: