Film / The Other Boleyn Girl 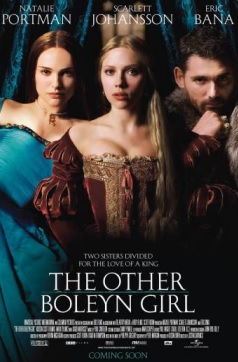 Anne; Mary; Henry.
The second film adaptation of the novel, The Other Boleyn Girl shows a dramatized version of the events around Henry VIII's marriage to his first and second wives and his affair with Mary Boleyn. The movie was released in 2008.
Advertisement:

The plot revolves around the two Boleyn sisters Anne Boleyn (Natalie Portman) and Mary (Scarlett Johansson) competing for the affections of Henry VIII (Eric Bana). Political machinations run rampant in this movie and plots are laid, hatched, destroyed and reborn sometimes within minutes of one another, however for any meager student of history you will inevitably know all the rest of it already.

This Film contains the following Tropes: