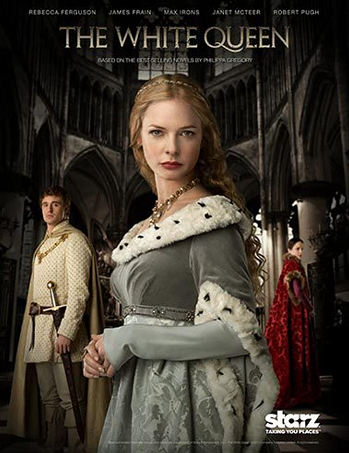 A British historical drama miniseries which ran for ten episodes in 2013, nominally based on The White Queen by Philippa Gregory, but also takes material from two other novels in the series, The Red Queen and The Kingmaker's Daughter.

The series follows the lives of Elizabeth Woodville, Margaret Beaufort and Anne Neville—the eponymous heroines of the aforementioned books—in the period of 1464-1485, during which England was ruled by the House of York during the latter stages of the Wars of the Roses.