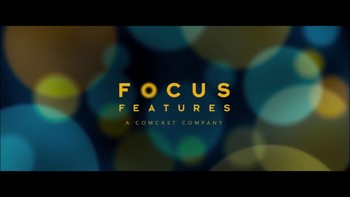 Its origins go back to 1992, when Universal started FF's direct ancestor, Gramercy Pictures, as a joint venture with PolyGram Filmed Entertainment, who eventually bought Universal's half in 1996. When Seagram's bought PolyGram and merged it with Universal, it spunoff Gramercy and October Films (an independent firm founded in 1991 that Universal had bought a controlling stake in in 1997) to Barry Diller, who had recently bought USA Network from them- they were merged together with PolyGram's former video arm as USA Films. It had a few releases in this period including Wet Hot American Summer. Meanwhile, to fill the void, Universal founded Universal Focus and bought out another indie distributor, Good Machine. When Diller sold Studios USA (including USA, Syfy, the then-former Universal Television, and USA Films) back to Uni, they merged USA Films, Universal Focus and Good Machine together, forming Focus Features.

They've been chugging away since then, responsible for acclaimed films such as Being John Malkovich, Brokeback Mountain, Atonement, and Milk, occasionally coming out with a movie like Coraline. They hold responsibility for their predecessors' library and from 2004 to 2008 oversaw Rogue Pictures until it was sold to Relativity Media (though Rogue's library during that period stayed with Focus); they have also recently revived Gramercy Pictures as well to fill Rogue's old role. They also handle distribution of the Savoy Pictures library, which they acquired in 2006 (HBO was the original distributor of Savoy material).

Fun fact: They also distributed The Return of the Pink Panther on DVD.