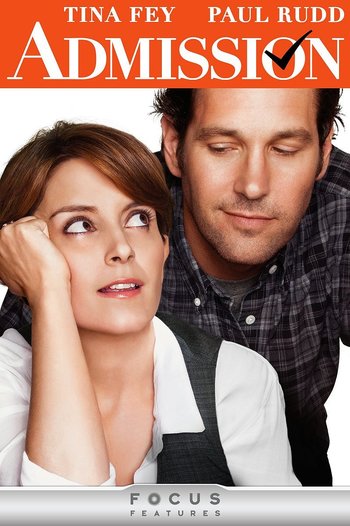 Admission is a 2013 American romantic comedy-drama film directed by Paul Weitz and starring Tina Fey and Paul Rudd, based on a novel by Jean Hanff Korelitz.

A Princeton admissions officer (Fey) who is up for a major promotion takes a professional risk after she meets, in an alternative school overseen by a free-wheeling former college classmate (Rudd), a college-bound kid who just might be the son she gave up years ago in a secret adoption.