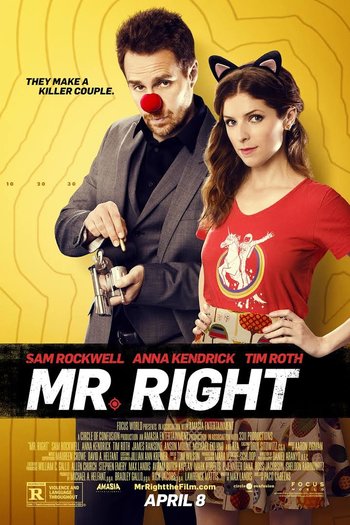 "I AM A T-REX! I AM INVINCIBLE!"
— Martha
Advertisement:

When Martha McKay (Kendrick) discovers that her boyfriend has been cheating on her, she is understandably distraught. Then she meets Francis Munch (Rockwell), a totally funny, romantic guy who loves to dance... and also happens to be a (semi-) reformed CIA hit man. And possibly insane.