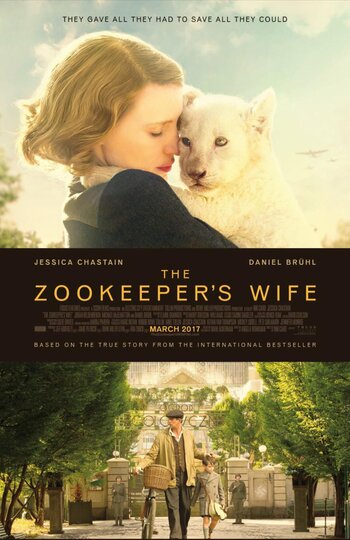 A 2017 War Drama directed by Niki Caro and staring Jessica Chastain and Johan Heldenbergh as a couple hiding hundreds of Polish Jews during World War II.