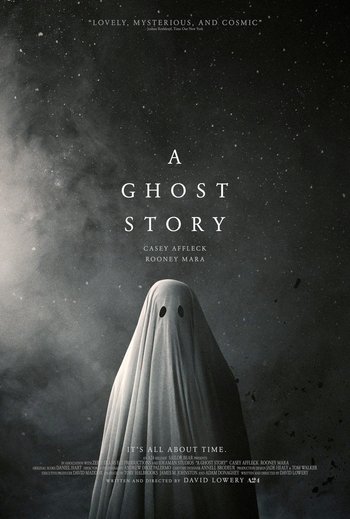 It's all about time.
Advertisement:

A Ghost Story is a minimalist tragedy film directed by David Lowery featuring Casey Affleck and Rooney Mara. It was released in 2017 and distributed by indie movie company A24.

The movie depicts a story of a deceased man who does not vanish completely but turns into a ghost. He haunts the house where he used to live with his wife and where she remains for some time. Later she departs, but he goes on haunting the house and the people who take up residence.