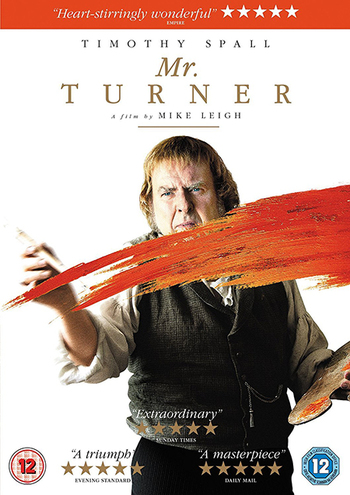 A 2014 biopic about the British painter J.M.W Turner, directed by Mike Leigh. Turner is portrayed by Timothy Spall.

Turner is a popular painter in early-to-mid 1800s, but beneath his well-respected reputation lies a tortured mind. At odds with much of his family, he spends his time alone with his work except when he occasionally exploits his housekeeper, who is secretly in love with him. The film follows Turner as he travels the countryside, stirs controversy among the artistic establishment, and pursues a romance with a widow.

For his work in Mr. Turner, Spall won the Best Actor award at Cannes.