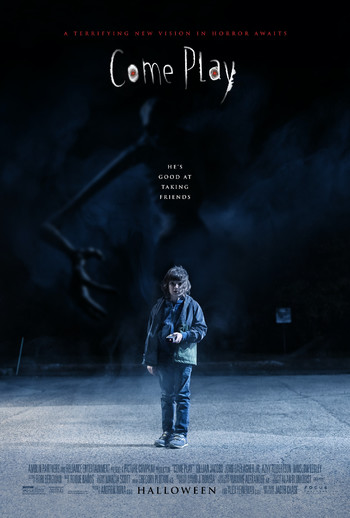 This is Larry. He just wants a friend.
Come Play is a 2020 Horror Film directed by Jacob Chase and starring Ahzy Robertson, Gillian Jacobs, and John Gallagher Jr. The film's plot expands on the director's 2017 short film "Larry."

Oliver, a mute boy on the autism spectrum, has no friends, but unfortunately a strange being decides to fill the deficit in the most alarming way possible. Using his ubiquitous tablet, Oliver catches sight of Larry, a pale, long-limbed creature that wants to make friends with him...whether he likes it or not. As Larry uses modern technology to intrude into their world in pursuit, Oliver's parents must fight to save their son.