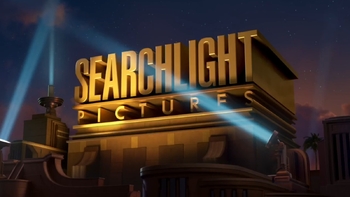 Searchlight Pictures is a Disney subsidiary that manages independent, comedy-drama, art-house, foreign and horror films. From its inception in 1994 to its acquisition by Disney in March 2019, it served as a division of its sister company 20th Century.

Prior to acquiring the studio, Disney previously tackled the independent film market with its acquisition of Miramax in 1993, only to sell that unit in 2010 as part of its decision to focus more on its core assets and acquisitions. Unlike the situation with Miramax, which operated mostly with complete autonomy, Disney will have a stronger incentive to keep Searchlight under the fold due to its potential use as a major player for Academy Awards as well as a content producer for its various streaming platforms, including Disney+ and Hulu.

On January 17, 2020, to reflect the studio's new ownership and to distance itself from Rupert Murdoch's Fox Corporation (the spin-off company that retained the broadcasting, sports and news assets not bought by Disney), the studio, which was known at the time as Fox Searchlight, had the "Fox" name dropped from the brand.