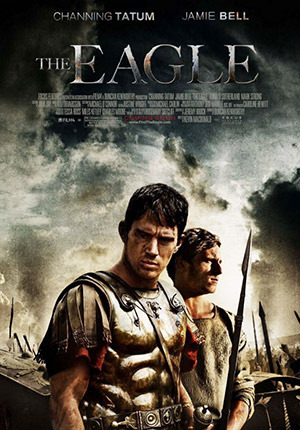 The Eagle is a 2011 film based upon the Rosemary Sutcliff historical novel The Eagle of the Ninth.

Channing Tatum stars as a young Roman soldier named Marcus Flavius Aquila goes on a quest to find the eagle standard of his father. His father was a member of the Ninth Legion, which disappeared without a trace from northern Britain. The film is loosely based on the mystery of the real Roman Ninth Legion

, which disappears from the historical record after having last been mentioned as present in Scotland in the early 2nd century.