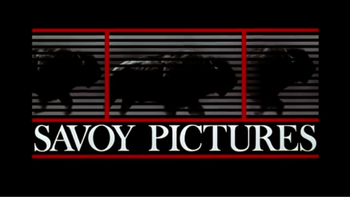 Savoy Pictures was a former film company founded in 1992 by former Columbia Pictures chairman Victor A. Kaufman and Lewis J. Korman. They typically produced films in the low-budget range, but unfortunately poor marketing led to the majority of their output bombing. In 1994, in an attempt to gain more money for funding of their films, Savoy teamed up with Fox Television Stations to form a joint venture called SF Broadcasting, which had four TV stations that would become Fox affiliates.

By 1995 however, Savoy was in a slump financial-wise, and as a result Kaufman re-organized the company as a TV station holding company. After this, Savoy put up its projects for sale, with New Line Cinema acquiring most of them and distributing them. Savoy's fate would be sealed when Barry Diller's IAC/Interactive Corporation acquired the company in 1997 with Silver King Broadcasting (also ran by Diller) bought the SF stations.

HBO had the home video, TV and Pay-Per-View rights to Savoy's films for a while. But in 2006, their library would be acquired by Universal via Focus Features. New Line Cinema retained most of the films that they released, including The Stupids and The Adventures of Pinocchio.

Films produced by Savoy Pictures include: