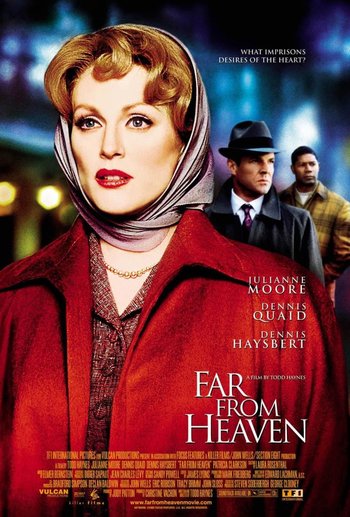 "What imprisons desires of the heart?"
— Tagline
Advertisement:

In 1950s Connecticut, upper-middle-class suburban housewife Cathy Whitaker (Moore) sees her perfect life start to fall apart as she faces a marital crisis and mounting racial tensions in the outside world.

Far from Heaven provides examples of: