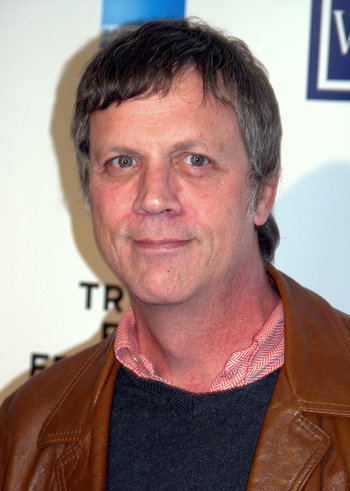 Todd Haynes (born January 2, 1961) is generally regarded as one of the most offbeat and unique directors currently working today. His films are noted for constantly subverting his audience's expectations so that they'll be more open to his social commentary, if there is any at all. Getting his start with 1987’s Superstar: The Karen Carpenter Story, the short film, instead of using actors, used Barbie dolls to tell the story of the rise and fall of the group, with Haynes whittling down the doll in order to simulate “Karen’s” slow death from Anorexia and presenting Richard Carpenter as a Jerkass deeply in denial about his homosexuality. Haynes ended up getting sued by Richard due to this presentation and the fact that Haynes failed to get proper licensing for their music. Haynes lost, and the film is now available as a bootleg.

Nethertheless, he went on to make his feature-length debut with 1990’s Sundance-winning Poison, which drew the ire of Moral Guardians (most of whom didn't see the movie to begin with.) due to Haynes receiving partial funding from the National Endowment For the Arts, and the media promptly pegged Mr. Haynes as part of the New Queer Cinema movement along with other directors such as Gus Van Sant and Gregg Araki. Beyond that, Haynes’ films focus on a variety of topics from Gayngst, (Poison, Velvet Goldmine, Far from Heaven, Carol) Stepford Suburbias, (Safe, Far From Heaven, Mildred Pierce, Carol) the nature of fame (Velvet Goldmine, I'm Not There, the silent portions of Wonderstruck), the toxicity of chemicals that humanity takes for granted (Safe, Dark Waters), and Out-and-out weirdness (Everything except his latest works.)

Tropes applying to his oeuvre and the man himself: