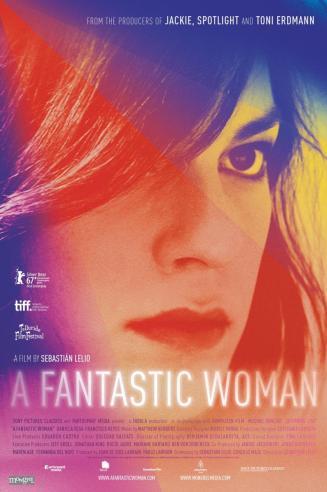 Una mujer fantástica (A Fantastic Woman) is a 2017 film by Sebastián Lelio (who also made Gloria) that was awarded the Oscar for best foreign-language film in 2018.

Marina is a transgender woman whose much older partner, Orlando, quickly dies of natural causes. Through the rest of the movie she has to deal with the police, who still suspect foul play, as well as with Orlando's family, who are less than accepting of his last romance and want to negate Marina's common law rights regarding him.

It became particularly well known for having a transgender actress in the lead role, the highly-acclaimed Daniela Vega.