Film / Death and the Maiden 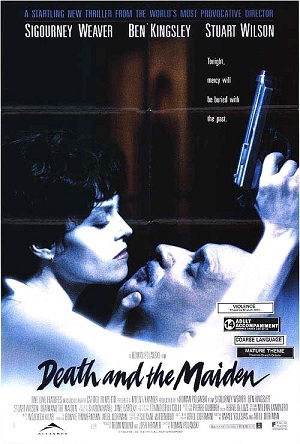 Directed by Roman Polański and starring Sigourney Weaver and Ben Kingsley, Death and the Maiden covers the events of one night, a decade after the revolution in an unnamed South American country. A lawyer brings a neighbor (Kingsley) home in a storm, where the housewife (Weaver) becomes convinced that the neighbor tortured her years ago. The trio deal with the accusations, old memories, and the conflict between revenge and the law over the course of the night.