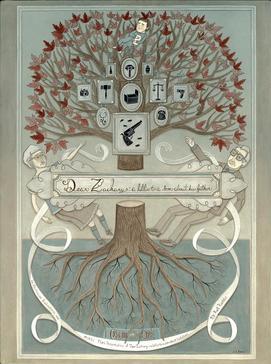 Dear Zachary: A Letter to a Son about His Father is a 2008 documentary detailing the life and death of one Dr. Andrew Bagby, a resident at a family practice in Latrobe, Pennsylvania. Bagby was found dead under suspicious circumstances in November 2001; suspicion immediately fell on an ex-lover, Shirley Turner, whose shoddy alibi was compounded when she fled to her home on the isle of Newfoundland. Shortly after being taken into custody, Turner announced that she was pregnant with Andrew's child, a boy she named Zachary. Initially, Andrew's close friend Kurt Kuenne, a filmmaker, intended the film as a personal memorial and scrapbook so that Zachary could know the kind of person his father was. However, as events transpired, the focus shifted to the incompetence of the Canadian courts in keeping Turner behind bars, as well as the plight of Bagby's parents, David and Kate, as they battled to get custody of Zachary—the last living thing they had of their son Andrew—and justice for their slain boy.