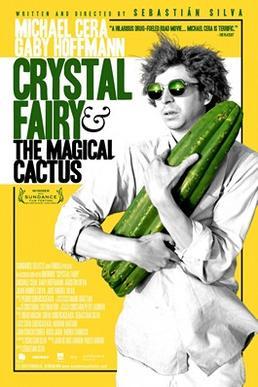 Crystal Fairy & the Magical Cactus is a 2013 adventure comedy film written and directed by Sebastián Silva.

Jamie (Michael Cera), a young American traveling in Chile, is eager to experiment with mescaline. He plans to journey out of town with his friends, the brothers Champa, Lel, and Pilo (Juan Andrés, José Miguel, and Agustín Silva), to look for the San Pedro cactus, boil it into juice, and drink it on a beach.

The night before they plan to leave, Jamie "accidentally" invites a fellow American, a young woman calling herself Crystal Fairy (Gaby Hoffmann).