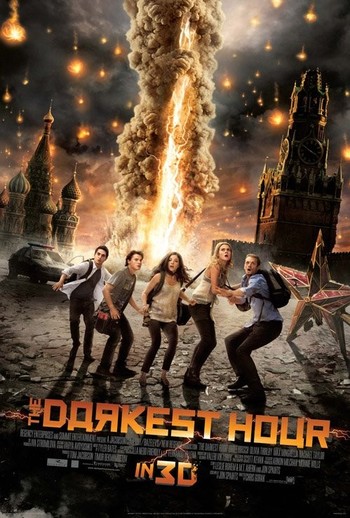 The Darkest Hour is a 2011 Russian-American film about a Horde of Alien Locusts invading Earth. Invisible except for occasional orange ripples, deadly to the touch, and basically invincible, they quickly slaughter everyone in their path.
Advertisement:

Not to be confused with the 2017 historical film Darkest Hour.

Tropes in The Darkest Hour: