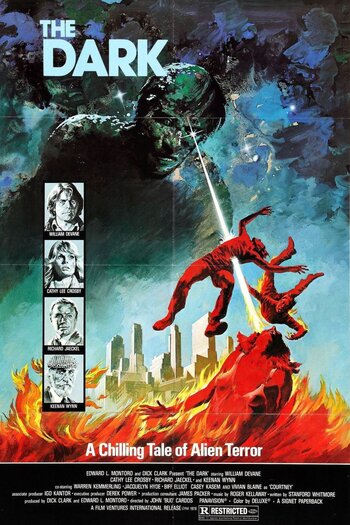 After fear... beyond terror... there is THE DARK!
Advertisement:

An alien creature lands in Los Angeles, and starts killing random people. Nicknamed "the Mangler" for its brutality, the creature evades authorities at every turn. A detective, a television reporter and an author try to hunt the being down, but they're having no luck either. They then contact a psychic to stop the horror forever.