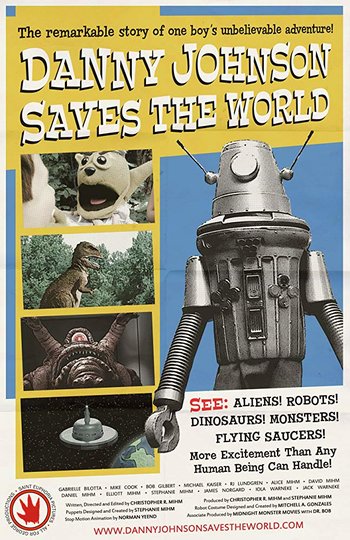 Danny Johnson Saves the World is the tenth film by Christopher R. Mihm and the tenth film in the Mihmiverse Shared Universe. The film follows both Terror from Beneath the Earth and The Giant Spider. It is unique among the Mihmiverse movies in that it is both a Coming-of-Age Story and a family film.

The story is told in Flashback by an elderly Danny Johnson to amuse his grandchildren at Christmas. He recalls the events of one of the many times he save the world. In this case, he thwarted the efforts of a diminutive race of aliens armed with an invincible Killer Robot from brainwashing the children of Earth as a precursor to an invasion.