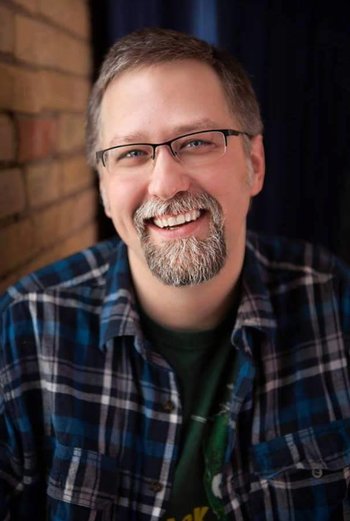 Christopher R. Mihm is the writer, director, and producer of the films that make up the Mihmiverse - a Shared Universe of feature-length films which are styled after 1950s-era Sci-Fi Horror B-Movies.

Mihm's film-making career officially began in 2006 with the release of his first retro-styled film, The Monster of Phantom Lake. Since that time, Mihm has produced one film per year, with his movies covering a wide variety of genres while paying tribute to a number of B-Movie actors and directors, including William Castle, Roger Corman, Lon Chaney Jr. and Bert I. Gordon, among others.