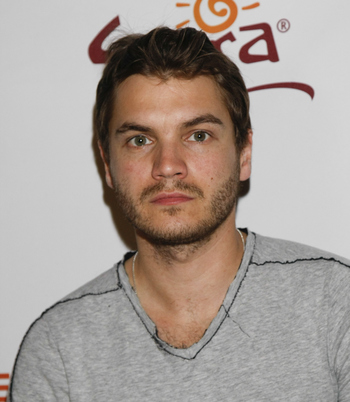 "Maybe you will be afraid and maybe you will fail, but the courage to take risks in any part of your life is, I feel, a very worthwhile way to live."
Advertisement:

He's had roles in TV series since 1996, and made his Hollywood debut in The Dangerous Lives of Altar Boys in 2002.

His most critically acclaimed role is that of Christopher McCandless in Into the Wild, the true story of a young man who left his family and privileged background behind to adopt a vagabond lifestyle, sought to live in the wild and ended up dying of it.

Works on TV Tropes he has starred in: