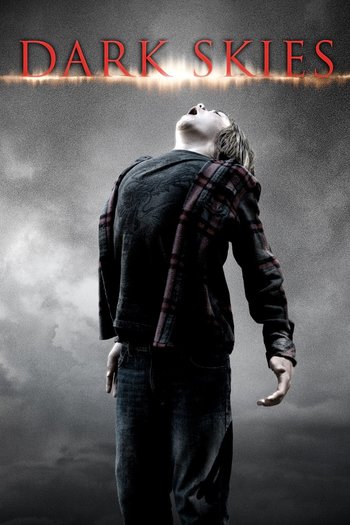 Dark Skies is a 2013 horror film starring Keri Russell, Josh Hamilton, and J. K. Simmons about a typical American suburban family suddenly beset by strange occurrences: things are stacked in odd and impossible ways, crop-circle designs appear, hundreds of birds smash into the house, and one of the children reports nightly visits from a strange figure he calls "the sandman." The story is deeply psychological, with much of the dramatic tension coming from the inability of the characters to prove to the world outside the family just what is happening to them.