Music / How to Destroy Angels 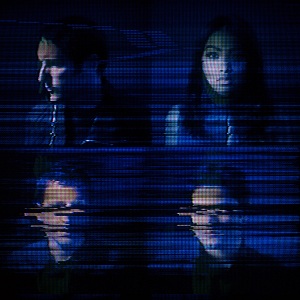 How to Destroy Angels (named after Coil's first single) is an electronic band that serves as something of a Nine Inch Nails supergroup while also establishing a glitchy, post-industrial, and considerably poppy sound all of its own.

HTDA formed in 2009, shortly after both Reznor's announcement of NIN's second official hiatus following the release of The Slip and his marriage to Maandig. As of 2013, their recorded output consists of two self-released EPs (a self-titled 2010 debut and 2012's An omen EP_) and the full-length album Welcome oblivion. The album was followed by a brief tour...and the news that Reznor would be ending NIN's hiatus and prepping for a fall tour.

HTDA effectively went radio-silent for a number of years as a result, although a cryptic Instagram upload around the end of 2019

could possibly hint at a return.