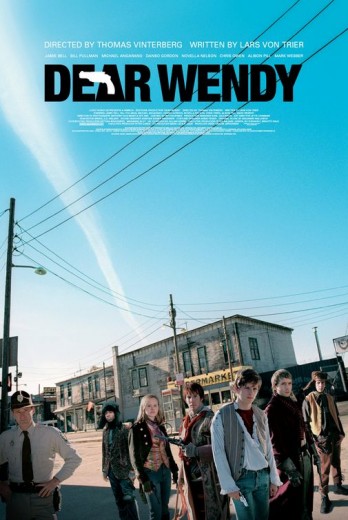 A 2005 film written by Lars von Trier and directed by Thomas Vinterberg, with a surprising amount of talent behind it, such as Jamie Bell, Alison Pill and Mark Webber (both starred in Scott Pilgrim vs. The World), Michael Angarano and Bill Pullman.

It is set in a small mining town set in the South of the USA. Set about the life of Dick Dandelion (Jamie Bell) who is discontent with life until Stevie (Mark Webber) opens him up to the world of firearms. The two become budding friends over their gun enthusiasm and thus set up a club to invite other such youths who feel they live crummy lives.

These youths come together to form the Dandies. A group of young gun lovers who call themselves "pacifists with guns" and begin to gain confidence in their everyday lives from their ability to carry and use guns. Eventually however things spiral out of control which sets into the theme about the dangers of guns.