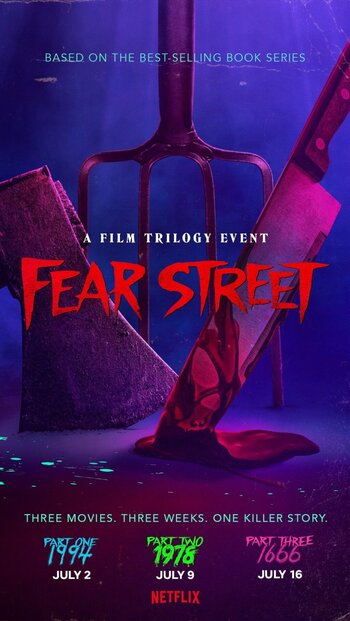 Fear Street is a trilogy of films based on the books by R. L. Stine. In a unique move, each film was released just a week apart, with all of them made at once. The plot of each film is as follows.
Advertisement:

Part One: 1994: In 1994, a group of teenagers find out that the terrifying events that have occurred in their cursed town of Shadyside, Ohio, may be connected to each other. They may also be the next targets.

Part Two: 1978: In 1978, Camp Nightwing is divided by the campers and counselors who hail from the prosperous town of Sunnyvale and the campers and maintenance staffers from the downtrodden town of Shadyside. When horrors from the towns' shared history come alive, they must band together to solve a terrifying mystery before it's too late.

Part Three: 1666: In 1666, the colony of Union is gripped by a hysterical witch-hunt that has deadly consequences for over three centuries to come. Meanwhile, the 1978 and the 1994 survivors try to finally put an end to the town's curse.

open/close all folders
In General
Part One: 1994 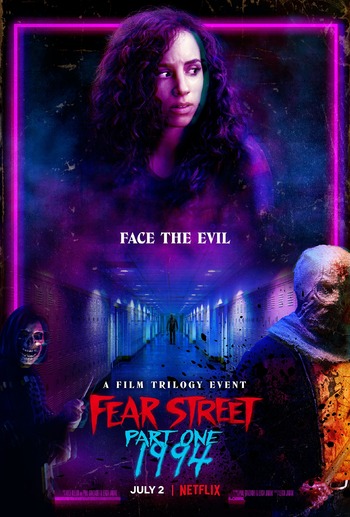 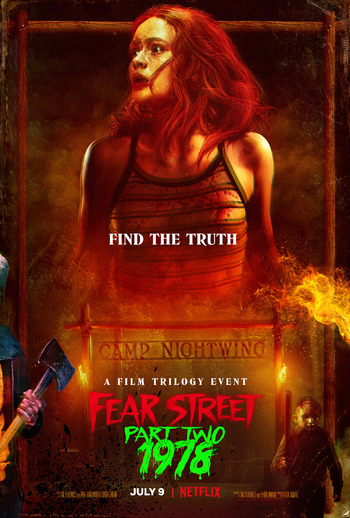 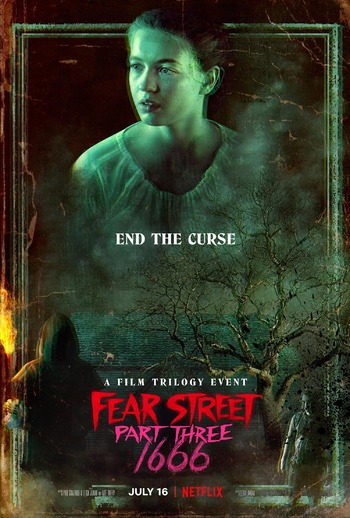