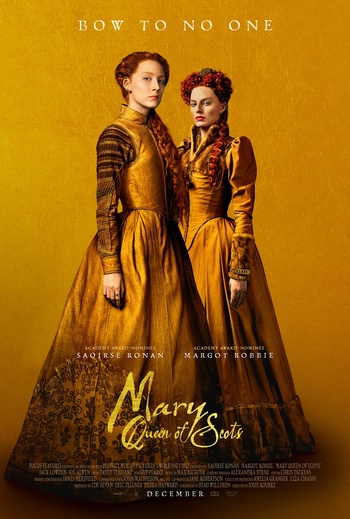 Mary, Queen of Scots is a 2018 British-American historical and biographical film directed by Josie Rourke and written by Beau Willimon. It is based on the John Guy biography titled Queen of Scots: The True Life of Mary Stuart. note In the United States. In the UK, the book is titled My Heart Is My Own: The Life of Mary Queen of Scots. Notably, this title is used when other British authors (such as Alison Weir) cite Guy's book in their own work.

It portrays the strife between the two reigning queens on the British Isles in the late 16th century, Mary, Queen of Scots of The House of Stuart (Saoirse Ronan) and the Queen of England, Elizabeth I of The House of Tudor (Margot Robbie).