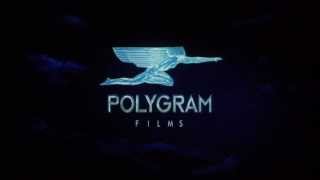 PolyGram Filmed Entertainment (PFE) was a film company founded in 1980 as a partnership between the PolyGram music company and film producers Peter Guber and Jon Peters. It was a way to get into film production and create a viable European competitor to the Hollywood studios, which it managed to achieve. Over its decade-long existence, the company managed to produce and distribute many successful UK productions (bringing people such as Hugh Grant and Richard Curtis into worldwide fame) and producing a number of American films, occasionally in joint ventures with Disney, Warner Bros. and Universal. Indeed, they co-owned Gramercy Pictures with Universal in the 1990s, though it went under in 2000.

In comparison to normal Hollywood studios, they did not produce films themselves, but rather through several "boutique" labels, including the UK's Working Title Films, and Propaganda Films and Interscope Communications in the US. Of these, only Working Title survives as a Universal subsidiary. Similarly, their films "sort of green-lit themselves"; there wasn't much board-room decision making, it was the producers who did it. Additionally, they operated an anime distribution studio operating in the Anglosphere—Manga Entertainment, which started out as a subsidiary of their Island Records label.

For most of the 1990s, PFE was on a roll. Their most prominent period started in 1994, when Four Weddings and a Funeral became an unexpected international sensation that earned both critical acclaim and commercial success. They followed that film with several films that were similarly acclaimed and popular, like The Usual Suspects, 12 Monkeys, Trainspotting and Fargo. To bulk up their library, they also bought out ITC Entertainment in 1995 and the year after bought the Epic film library

(which included the catalogues of Hemdale, Nelson Entertainment and pre-1993 Castle Rock Entertainment, among many other companies).

In 1998, after the financial failures of The Big Lebowski and Barney's Great Adventure, PolyGram was sold to Seagram (the liquor company, and then-owners of Universal). Having mostly bought PolyGram for their music holdings and needing to pay off the debt from the deal, Seagram proceeded to slowly sell and wind down the studio's operations, first by selling off the majority of its pre-1996 film holdings (up to Jack & Sarah, and including the Epic library) to Metro-Goldwyn-Mayer (ironically also involved with the bank that backed Epic, Credit Lyonnais, having come under the control of the Lyonnais-backed Italian fraudster Giancarlo Parretti for a period in 1990-91), the ITC Entertainment library to Carlton Television, the Manga Entertainment library to Palm Pictures, Slash Records and London Records to Warner Music Group and, after failing to find a buyer, absorbed what remained of PolyGram Films into Universal. Unfortunately for Polygram, their decision to close couldn't have come at a less opportune time: One of their final films, 1999's Notting Hill, was a huge box office hit around the world, and it would have turned their fortunes around had they still existed when it was released.

, based on the memoir of former PFE chief Michael Kuhn.

PolyGram had previously ventured into films in the early '80s, but this venture went nowhere despite successes such as An American Werewolf in London and Flashdance.

The PolyGram brand name was revived in February 2017 as Universal Music's film studio, forming an alliance with its sister company StudioCanal.

Films produced or distributed by PolyGram include: