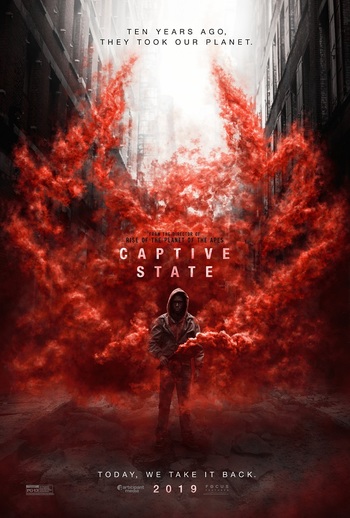 Captive State is a 2019 science fiction drama about life under alien rule.
Advertisement:

The year is 2027, nine years after an alien invasion that has made Earth into a vassal planet ruled by mysterious "legislators." Rarely seen, they have co-opted existing human institutions (police forces, municipal governments, etc.) to run daily life as they see fit.

In Chicago, a factory worker (Ashton Sanders), a cop (John Goodman), a prostitute (Vera Farmiga), and assorted others try to get by amid the constant surveillance, paranoia, and brutality of the alien occupation. There was a resistance, once, but now it's extinct. Maybe.