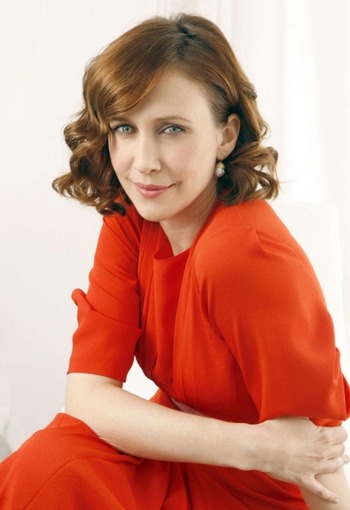 Farmiga found her way into acting during her junior year of high school, after being benched during a soccer game and subsequently convinced by a friend to audition for the school play. She won the leading role. Now bitten by the acting bug, she earned her BFA in theatre from Syracuse University in 1995, and two years later made her screen debut opposite Heath Ledger in the TV series Roar.

She made her feature film debut in the 1998 drama thriller Return to Paradise and subsequently worked consistently in Hollywood, with 2004 indie drama Down to the Bone proving a breakthrough performance for her. She went on to feature in the 2006 crime thriller The Departed, directed by none other than Martin Scorsese, which only increased her profile, and earned critical acclaim for both that film and her leading role in the 2008 historical drama The Boy in the Striped Pyjamas.

Farmiga finally broke into the mainstream when she gained critical acclaim following her performance as businesswoman Alex Goran in the 2009 comedy-drama Up in the Air, for which she was nominated for a slate of awards, including an Academy Award, a BAFTA Award, a Golden Globe Award, and a Screen Actors Guild Award for Best Supporting Actress. While her profile had been steadily increasing since Down to the Bone, this was the film that brought her into the mainstream and got her recognition as one of Hollywood's most gifted actresses.

She made her directorial debut in the 2011 drama film Higher Ground; the film earned critical praise for both her performance and her directing. Incidentally, it also launched the career of her much-younger sister, Taissa.

In 2013 she made her debut as famous paranormal investigator Lorraine Warren in the 2013 horror film The Conjuring, a role which she has continued to reprise throughout the franchise and which put her on the map as one of the best horror actresses in Hollywood.

From 2013 to 2017, she starred as Norma Louise Bates in the A&E TV series Bates Motel, for which she won the 2014 Saturn Award for Best Actress on Television, and was nominated for the 2013 Primetime Emmy Award for Outstanding Lead Actress in a Drama Series.

She was married to Sebastian Roché from 1997 to 2004. Since 2008, she has been married to rock band Deadsy member Renn Hawkey, with whom she has two children — son Fynn and daughter Gytta.