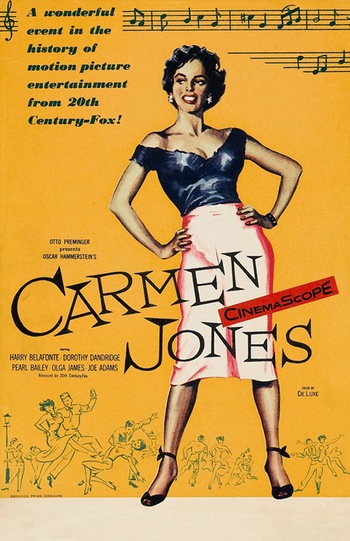 Adapted from the Broadway musical of the same name and released in 1954, this modern-dress, all-black version of Bizet's classic opera Carmen was directed by Otto Preminger and stars Pearl Bailey, Harry Belafonte, and Dorothy Dandridge as the sultry Carmen Jones.