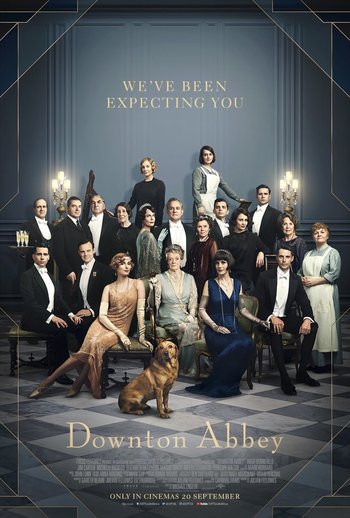 Downton Abbey is a film continuation of the TV series, directed by Michael Engler and written by series creator Julian Fellowes. It was released on September 20, 2019.

It's 1927 and life at Downton Abbey still continues, but things are turned upside down with the announcement that King George V and Queen Mary are planning to visit the estate!

The staff are thrilled with the prospect of a royal visit, until the King's Butler and the Royal Household arrive, bluntly informing the staff that they will not be needed during Their Majesties' visit. The staff isn't going to take this lying down. Meanwhile, Lady Mary is feeling the pressure of running the estate and Branson might have a second chance at love.

Almost the whole cast of the series returns with the exception of Lily James's Lady Rose. One new Crawley is introduced: Robert's cousin Lady Maud (Imelda Staunton), a widow who has been semi-estranged from the rest of the family for many years but is returning to Downton in her capacity as lady-in-waiting to the queen. Tuppence Middleton plays Lucy, Lady Maud's maid and companion.