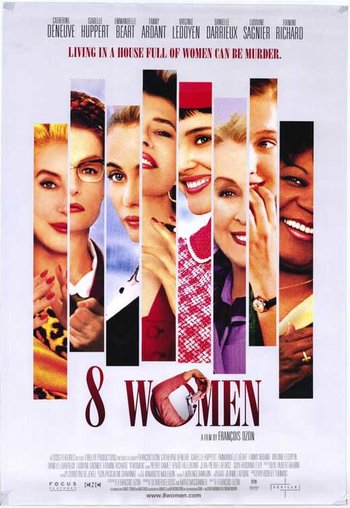 "One of them is guilty. Which one?"
— French tagline.
Advertisement:

The film is set in the 1950s in a large country residence, as a family and its servants are preparing for Christmas, when the master of the house is discovered dead in his bed, with a dagger stuck into his back. The murderer must be one of the eight women in the house at the time, and in the course of the investigations each has her own tale to tell and secrets to hide.

The original French title, 8 femmes, was chosen to distinguish it from the 1972 play titled Huit femmes.