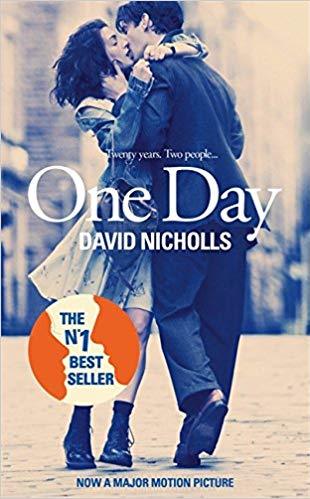 One Day follows the story of Dexter Mayhew and Emma Morley, who meet and form a friendship as they graduate from university in 1988 and charts the progress of their lives by 'checking in' on their lives annually on the anniversary of the day they met.

A novel by David Nicholls and adapted into a film in 2011 starring Anne Hathaway and Jim Sturgess.