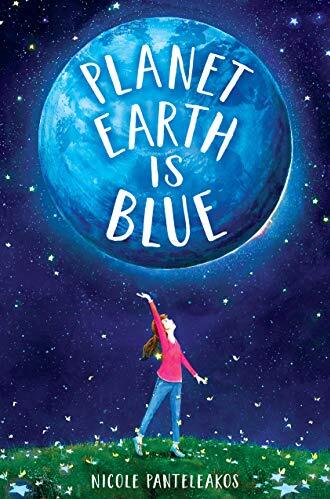 Planet Earth Is Blue is a middle-grade novel by Nicole Panteleakos.
Advertisement:

Twelve-year-old Nova Vezina, a mostly nonspeaking autistic girl who loves astronomy, has spent most of her life in foster care with her older sister Bridget, the only person who understood how intelligent she really was. But now Bridget has gone missing, and Nova has been placed with new foster parents Billy and Francine West. At her new school, Nova befriends her special ed classmates, who become her first social group. Meanwhile, she impatiently awaits the launch of the space shuttle Challenger, because Bridget said that she'd come back before it happened.