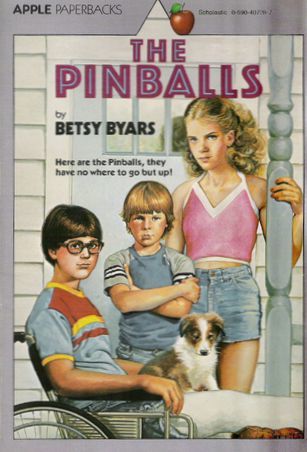 "Harvey and me and Thomas J are just like pinballs. Somebody put in a dime and pushed a button and we came out."

The Pinballs is a children's' novel by Betsy Byars, telling the story of three foster children who find themselves sharing a home. Carlie, an abuse survivor, Harvey, a cripple who was run over by his drink-driving father and Thomas J, who was abandoned as a baby.